Model Overview
Toyota's 2008 Camry is available in many different trim levels, ranging from basic to luxurious, with either a four-cylinder engine or a V6. The 2.4L four-cylinder engine smoothly generates 158 horsepower and 161 lb-ft of torque, and it comes with either a five-speed manual or automatic. The 3.5L V6 develops 268 horsepower and 248 lb-ft and is paired with a six-speed automatic transmission. The V6 has Toyota's Dual VVT-i (variable valve timing with intelligence) system, which helps optimize power and efficiency through the entire operating range.
The Camry Hybrid pairs an Atkinson-cycle 2.4L four-cylinder gasoline engine making 147 horsepower with a 40-horsepower electric motor system--together producing a combined 187 horsepower that places the Hybrid above the four-cylinder in terms of power. This grunt is delivered through a continuously variable transmission. The Hybrid also includes an "ECO" button that limits the power drawn by the climate control system and slightly increases fuel economy.

All 2008 Camrys come with impressive standard safety equipment, including anti-lock brakes, electronic brakeforce distribution (EBD), and brake assist, along with seat-mounted side air bags and side-curtain air bags. Vehicle stability control (VSC) is available as a standalone option ($650), while Camry Hybrid models come with standard vehicle dynamics integrated management (VDIM), a stability control system that brings together inputs from the throttle, brakes, and steering and is able to make minor corrections to maintain stability.

Besides the Hybrid, Camrys come in four different trim levels, including the economical CE, mid-range LE, lavishly equipped XLE, and sporty SE. The CE starts at $18,570 and is only available with the four-cylinder, while the LE, XLE, and SE can be had with either engine. CE standard equipment includes air conditioning, cruise control, a six-speaker AM/FM/CD sound system, and power windows, locks, and mirrors. The LE adds more features like a power driver's seat and remote keyless entry. XLE models start at $25,000 and include a long list of upgrades including dual-zone climate control, a 440-watt, eight-speaker JBL sound system with six-disc changer and Bluetooth compatibility, a power moonroof, reclining rear seats, aluminum wheels, and fog lamps.

The sportier SE model adds a blackout grille, 17-inch alloy wheels, and a sport suspension with lower ride height to the LE's equipment.

All Camrys get a multi-function display that includes trip-computer functions such as average fuel consumption, and the Hybrid model adds information about the powertrain's performance.

Standalone options on the CE include vehicle stability control. On the LE, 16-inch alloy wheels, a JBL stereo with Bluetooth, and moonroof can be added. The performance-minded SE's options list includes the Sport Leather Package with heated seats and mirrors, and a $2,200 navigation system. At the top of the lineup, the XLE's options include the navigation system, heated seats, and the Smart Key system. In short, there's a Camry out there for nearly any driver.

The option list for the Hybrid grows by virtue of some de-contenting Toyota has done in order to lower the entry price by $1,000. The content removed from 2007 can be added back via a new Upgrade Package ($1,150) that adds alloy wheels, a leather-wrapped steering wheel and shift knob, a JBL audio system with a six-disc CD changer, an auto-dimming rearview mirror with compass, and Bluetooth. Also available is a leather seating package, a moonroof, and a navigation system that can be paired with the Upgrade Package for an additional $1,200. 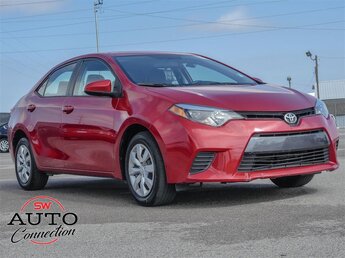 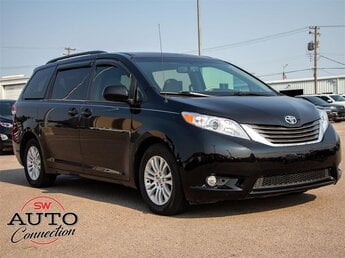 2015 Toyota Tacoma Base
White
* Pricing - All vehicle pricing shown is assumed to be correct and accurate. Incentives, credit restrictions, qualifying programs, residency, and fees may raise, lower, or otherwise augment monthly payments. Additionally, incentives offered by the manufacturer are subject to change and may fluctuate or differ based on region and other considerations. Unless otherwise noted or specified, pricing shown does not include title, registration, or tax fees and costs.